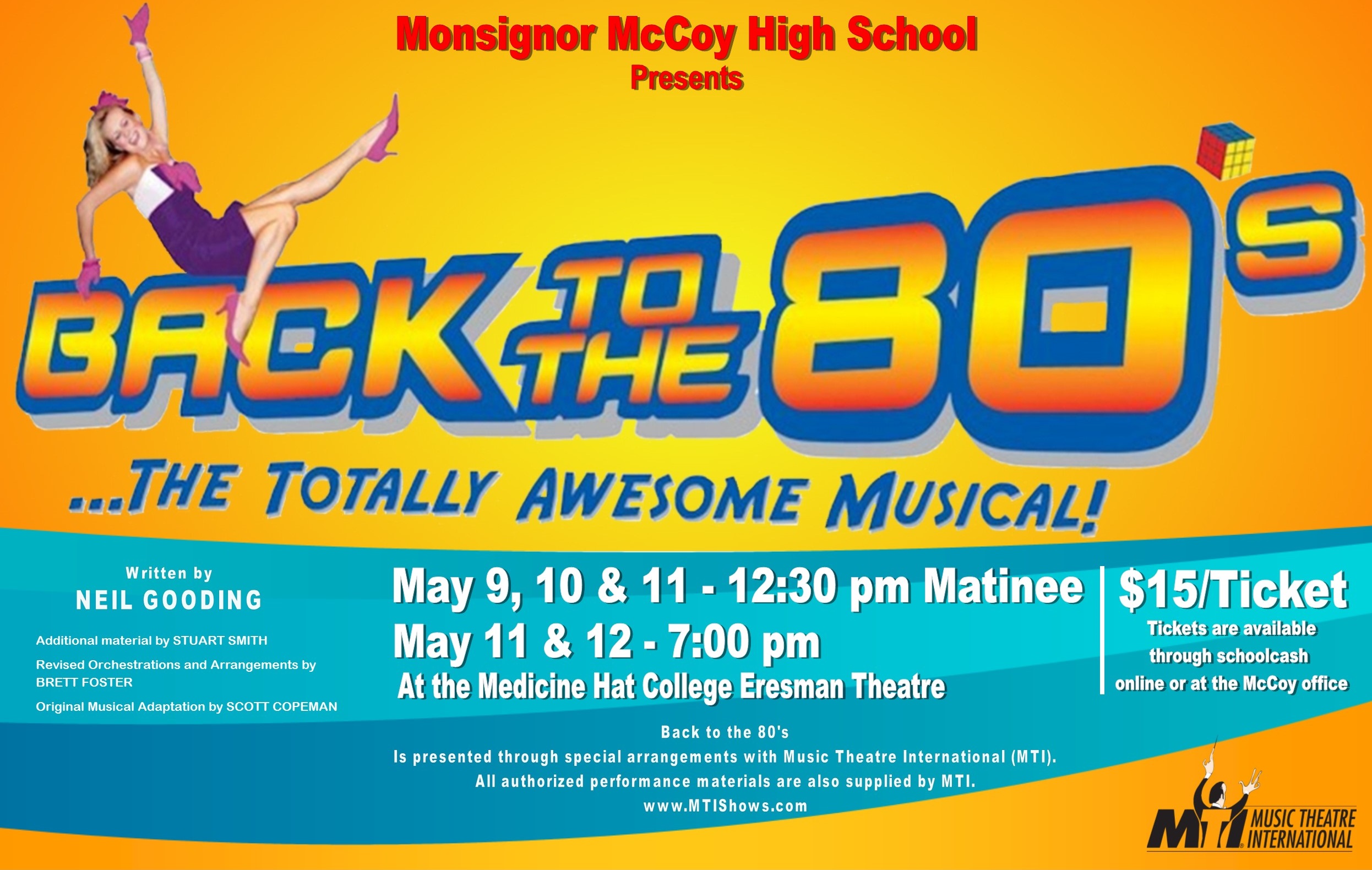 Monsignor McCoy High School Presents: Back to the 80’s — The Totally Awesome Musical!

Remember when actors became American Presidents? When Bubble skirts and blue eye shadow were cool? When Atari was cutting edge technology? Monsignor McCoy High School is bringing us Back to the 80’s in a “totally awesome” musical in the style of movies such as Back To The Future, Ferris Bueller’s Day Off, The Karate Kid and The Wedding Singer.

Set in the USA, the story tells of the senior class of William Ocean High School that graduated in the 1980s, as seen through the eyes of Corey Palmer, who is now 30-something.

Fake love letters, 20 cans of hair spray, student election betrayals, a Star Wars dreamsequence and some of the most popular songs ever written combine to create a musical that will delight and amuse an audience of any age.

Students will be in the spotlight of the Medicine hat College Eresman Theatre from May 9-12.