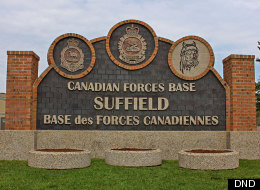 CFB Suffield has a new commanding officer. In a ceremony yesterday, Lt. Col. John Scott became the 19th Commander in base history replacing Lt. Col. Sean Hackett. Scott had previously been posted in Ottawa, worked as an Army Logistics Officer and served in Bosnia and Afghanistan throughout his career. Scott says that although he does have experience with international forces, he was surprised when he was named to be the new base commander. Scott adds that Lt Col Hackett has done a great job at CFB Suffield, and wants to build on that success.