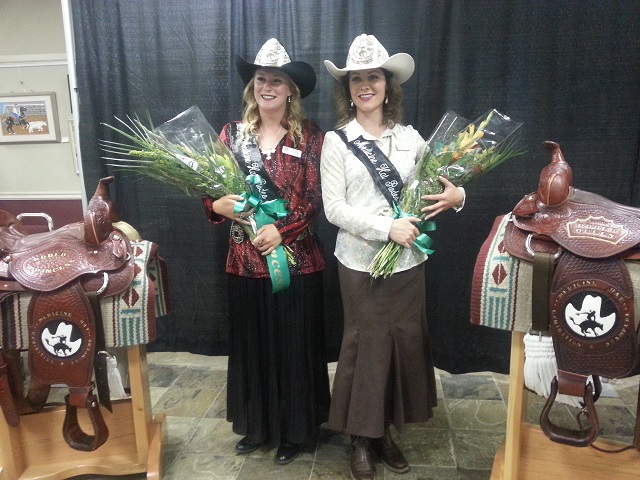 Medicine Hat has new Stampede Royalty. Manitoba native Ali Mullin was crowned the new Stampede Queen over the weekend and takes over from 2014 Queen Shelby Stenerson. Mullin says that that being able to wear the queen’s crown has touched her deeply.

Meanwhile 2015 Princess Makayla Chambers says being crowned is like realizing a dream that she has had since she was a little girl.

Mullin and Chambers are already hard at work. They will represent the Stampede at the Maple Creek Stampede this week and they will also be judging store decorating in Medicine Hat leading up to the Stampede parade next week.