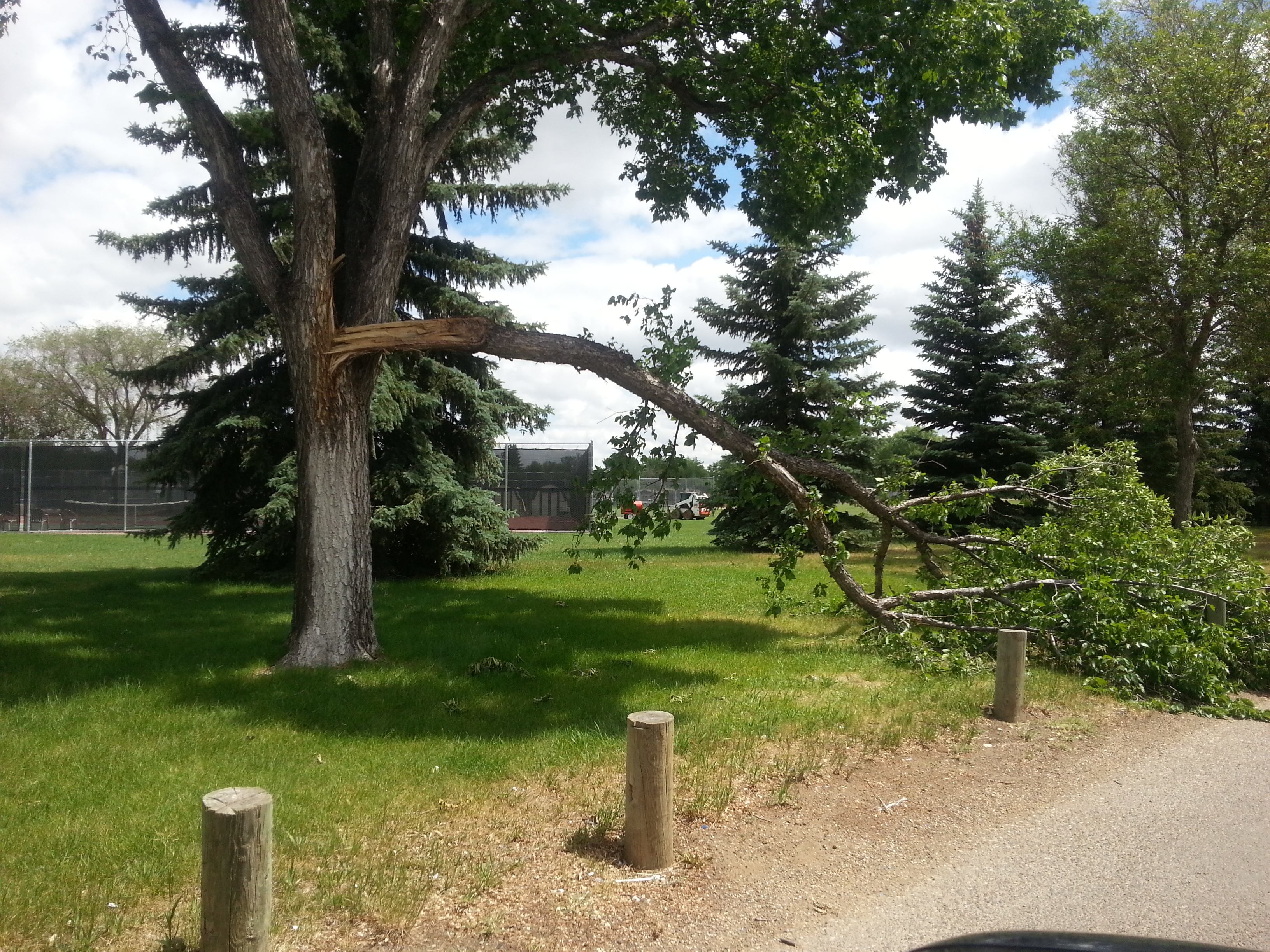 Residents continue to clean up from the storm that ripped through the city Friday afternoon. Winds between 60 and 120 k/mh uprooted dozens of large trees, several fell on homes, lamp posts and vehicles. Some parts of the city reported hailstones as large as loonies, and according to the Electric Utilities department, more than 9000 customers were left without power. Crews worked through the weekend to clear debris and get power restored. As of this morning, about a dozen customers are still without power. Although crews have cleaned up the major damage around the city and the parks, work may not be complete until later this week. Hatters are reminded to avoid moving any downed trees, as there could still be power lines contacting them. Anyone having issues with their utilities can call the emergency line at 529-8260.