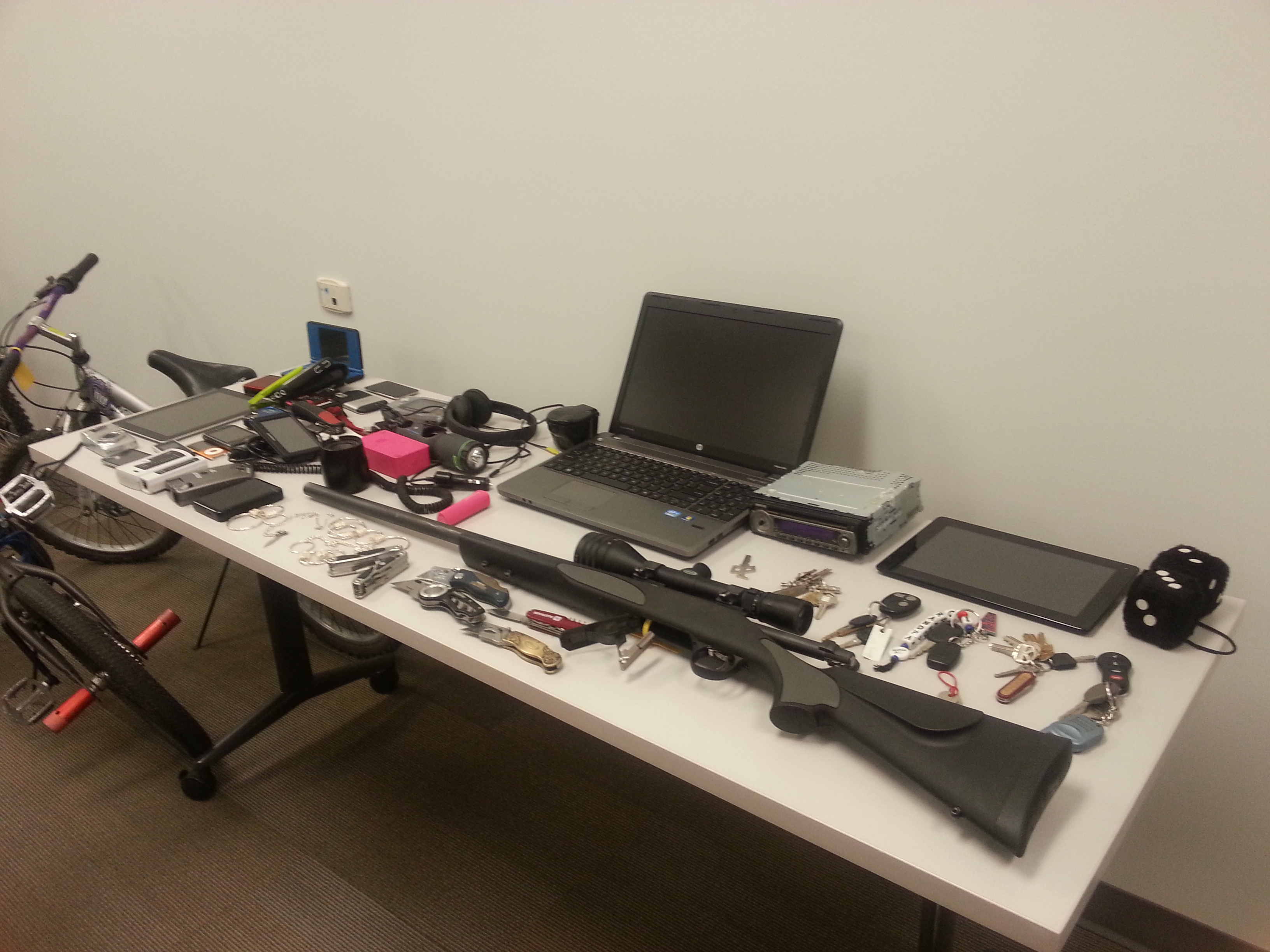 Medicine Hat police have recovered more than $15,000 in stolen property and arrested 4 people. Sgt. Rod Thompson says that the majority of the thefts happened in the Ross Glen area. Amoung the recovered items was a hunting rifle, electronics like phones and Ipads as well as credit cards and drivers licenses. Thompson says so far it appears that all the thefts have one thing in common.

A 20 year old man and 20 year old woman have been arrested along with 2 male young offenders. Thompson says that because the investigation is ongoing, no names are being released. Anyone who believes they are missing any items from their cars is asked to contact police with a detailed description