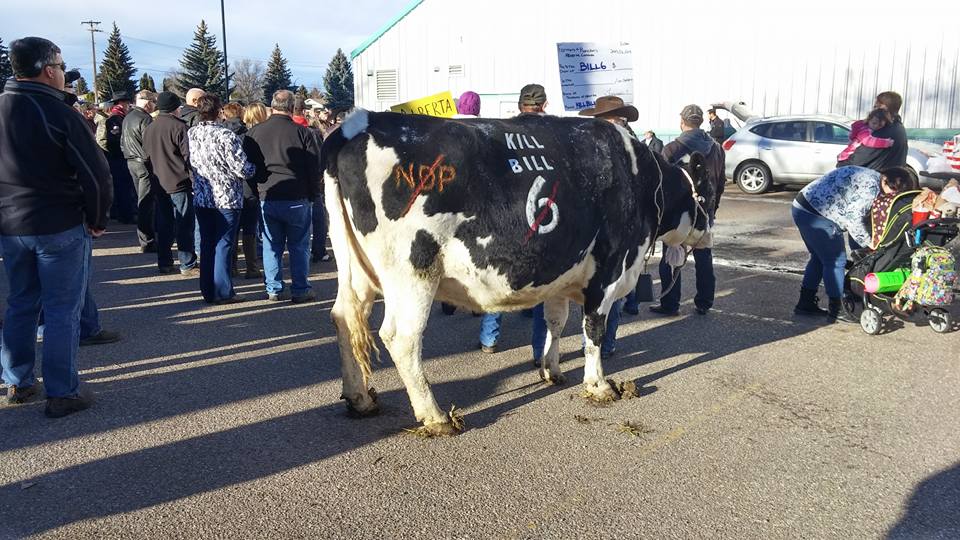 Almost 1000 vocal farmers and agricultural workers from all over southeastern Alberta jammed the Cypress Centre Friday to voice opposition to Bill 6.  Alberta Jobs Minister Lori Sigurdson and Health Minister Sarah Hoffman faced a barrage of opposition to the proposed legislation. If passed, the bill will extend Workers’ Compensation to paid farm and ranch workers with agricultural operations subject to occupational health and safety legislation. Those amendments aren’t sitting well with area farmers and ranchers at the rally broke into chants of “Kill Bill 6”.  Sigurdson took responsibility and apologized to the crowd, saying there was lots of things the government could have done better. Farmers and Ranchers groups want to see Bill 6 suspended and moved  to committee with a group of stakeholders to iron out the wrinkles in the legislation.