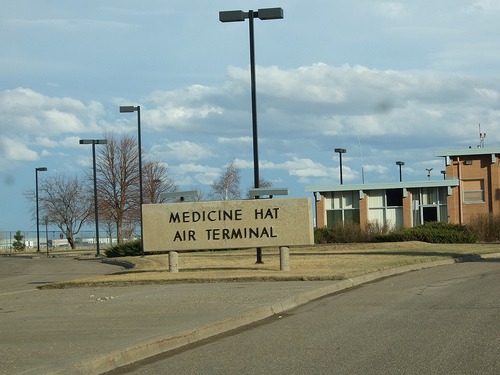 The Medicine Hat Regional Airport expansion is almost complete, and the staff showed off the new renovations at a grand opening yesterday. Airport manager Jeff Huntus says the cost of the construction project, which began in November of 2013, totaled $5.3-million dollars. Huntus added that with the new larger airport, he feels confident that they can now approach carriers like Westjet to consider providing service to Medicine Hat.  Air Canada Jazz provides services to the Hat right now and they’ve recently expanded their service by adding an extra flight.  The next phase for the airport will be runway upgrades, which is expected to cost around $7-million dollars.