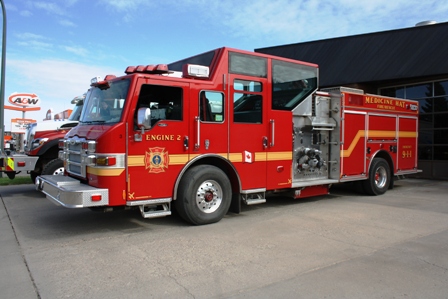 Several of Medicine Hat’s firefighters are in Ottawa this week lobbying the Federal Government. Vice president of the Medicine Hat Firefighters Association, Curtis Nobel, says that firefighters from all across Canada are in the Nation’s capital asking that a country-wide action plan be developed to combat Post Traumatic Stress Disorder or (PTSD). Since January of this year, 16 first responders and 5 members of the military have taken their lives as a result of PTSD. That works out to over 1 death per week so far this year, and Nobel hopes that greater support from the federal government will mean more regulated standards to responding to cases of PTSD.