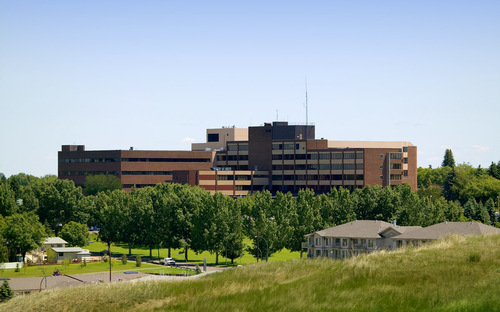 The Medicine Hat Hospital expansion project is cruising along. That work is now even more noticeable on the city skyline as the mechanical room steel framing is now going up. Alberta Infrastructure spokesman Larry Raymond said that if hatters notice a large shaft in the middle of the framing that is for access to the Heliport. Concrete has now been poured for the 4th floor. Raymond says that as they go along they are developing the interior of the lower floors of the expansion as they finish the exterior walls. Praise FM news reported earlier this year on budget overruns for the hospital expansion and that figure now sits at $25 million over the initial $220 million when the project was first announced