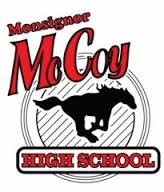 Fundraising activities are now officially underway for Monsignor McCoy High School. The school wants to raise additional monies to go towards building a larger gymnasium as part of the modernization plans. The province announced earlier this year $9.2 million dollars for the project, however that meant only a smaller gym space, something Medicine Hat Catholic Board of Education officials want to add on to. Officials are hoping to raise a little over a quarter of a million dollars towards the larger gym space and say anything above that amount will go towards other potential enhancements. A BBQ officially kicked off the drive and those in attendance also got a first chance to look at modernization plans. Construction is expected to begin on the school next spring.