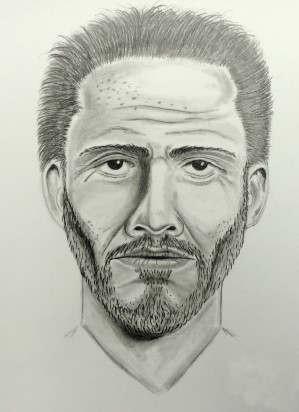 Medicine Hat Police are asking for the public’s help in an attempted abduction. Police say a woman was walking near the Dunmore Road service road and Southview Dr around 7:00 Saturday night when a white truck went slowly past. Minutes later, when she was returning through the same area, a man stopped her, grabbed her arm and tried to pull her to the truck. She was able to break free and the truck left the area. The man on the street is in his late thirties to early forties with short brown hair and stubble. He is thought to be about 6’2″ with a broad build. Police have released a composite drawing of the man. The driver of the truck was an African-american man and that there were 2 other white males in the truck. The truck was a white Dodge quad cab that was very dirty and had chrome running boards. Police are asking anyone that may have seen the incident to call them at 529-8481 or Crime-stoppers at 800-222-8477