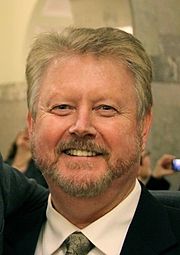 Municipal Affairs minister Greg Weadick made a stop in Medicine Hat bearing gifts. Weadick was in the Gas City yesterday and delivered funding from the Community Initiatives Program and the Community Facility Enhancement Program to several groups. Among the beneficiaries was the Medicine Hat Public School Education Foundation who received $75,000 for playground equipment, The Friends of Medalta Society also got $75,000 towards staffing. The Jazzfest society was handed a cheque for $50,000 and the Monarch Theatre given $40,000 for some new equipment. Several other groups received lesser amounts during the presentations.